Our team analyzed to what extent the top 25 Global Cities of the Future by fDi magazine localize and internationalize their official websites. Below is our report with findings about website language options, website country options, and other digital internationalization aspects.

You can find the original article from fDi here.

Despite the fact that these websites are oriented for visitors from all over the world, they are not always "international user-friendly" enough. Here are some key takeaways:

Most of the cities offer different language versions of their website, but some offer country versions.

URL structure types for language and country versions differ. 60% use subfolders, 20% use subdomains, 15% use more than one type (marked as 'different' below), and 5% use ccTLD.

Below you can see information about targeting, domain type, and URL structure in the following order:

Cities that have multilingual or multiregional websites are:

Cities that don't have multilingual or multiregional websites are:

Dubai's website includes a selection of 24 languages. Houston and Stockholm's websites include only 2 languages. 16% of the reviewed websites aren't multilingual. They don't have any language or country option for their visitors, these are Dublin, Bucharest, New York, and Aberdeen's websites.

Some websites, such as the site for Bucharest have an international version in English only, which is different than their native language.

Surprisingly, the New York website is in English only. NY is one of the most visited cities by tourists in the world. Just in 2016, it had 12,75 millions of international visitors. Its population is multilingual too. According to the Census Bureau's Population Estimates as of 2015, Asian people make up 13,5% and Hispanic or Latino 28,9% of an approximate 8,5 millions of the total population in New York City. The Spanish language is the second most spoken language in the USA. And the website of NY doesn't even provide a Spanish version.

The London and Seoul websites, besides several main lingual versions, suggest that their visitors use Google Translate Algorithm. This is not the best practice because such translation tools as Google Translate can't detect text embedded within images or Flash animations, as well as correctly translate certain words that have more than one meaning. A visitor won't be able to use this type of translation if the text on the page is a graphic or any other visual type of content.

The most popular language for selection, after English, is French.

82.4% of the city websites that have language selection include French as an option. (chart 1)

The least popular languages used on 5,9% of the websites which include language selection are Indonesian, Cantonese, Polish, Azerbaijani, Ukrainian, Turkish, Estonian, Romanian, Hungarian, Nynorsk (Norwegian), Czech and Danish. (chart 1, marked as ‘other’)

4 out of 25 or 16% of the reviewed websites offer a country selection. The Hong Kong website offers 21 websites for different countries, while Sydney - 15, Singapore - 12, and Copenhagen - 3.

2 of 21 versions of Hong Kong website are for China. One is in Simplified Chinese and the second one in Traditional Chinese.

Here is a gallery of all country/language selectors used by 25 cities:

Let’s pay closer attention to the website of Sydney, particularly its country selector. It is unclear and can mislead users.

The trigger name is 'Language', [see image below] which would indicate that in the drop-down selector the user will be able to choose from different languages. But for the case of Sydney, the drop-down menu opens a selection of countries with country names and flags. After you click on each it redirects to the country's local website version which is organized by subdomains. Country codes in the subdomains indicate that these versions are country versions and not language versions.

For example: IN for India in in.sydney.com or US for the USA in us.sydney.com etc. No additional indicator is used to make clear to the end users that this is a country selection.

The website of Copenhagen has a similar mistake. Using the trigger button a user opens the language selector that offers to 'choose your language’. It also has a short list of language names in local languages with flags next to them.

Language selection instead of country selection

In fact, the Chinese version www.visitcopenhagen.cn, besides the translation, has a different layout and content. The type of URL is ccTLD which means it is a local domain. The website also has links to the local Chinese web resources as Youku and Weibo.

The most popular position of the language or country selector’s trigger is the top right corner of the web page. It is an obvious place to look for the selector among Internet users. (chart 2) This position is the best solution and is highly recommended for websites, which have such selection.

Language selector on the top right corner of the web page

And some triggers can belong to two or more types at the same time. (chart 3)

23,5% of the reviewed websites with language selection use country flags as triggers or inside selectors.

People often think about countries when talking about languages. Russia means Russian, Chinese - China, and so on. However, there are situations where the same language is spoken in several countries. Such as German for the case of Austria, Germany, and Switzerland, or English for US, Canada, Australia and the UK. In addition, you are opening up potential politically sensitive subjects by using certain flags for certain countries.

For example, the website of Copenhagen shows visitors the option of the English site version with the icon which represents two flags at once. Looks quite fair, but what about Australia, Canada, and others?

The Paris website, besides using the flag as the language selection trigger, also uses the flags inside the language selection. Users from Latin America have to pick flags of Portugal and Spain to see content in their native languages. This is not the recommended way of letting users choose their language. The recommended way is to use languages' written names, which will be clear and will not confuse or offend visitors.

Some websites, when offering multiple languages to their users, can have a certain language version of the website translated only partly.

Helsinki's website has multiple languages available in the country selection. Four languages are on a separate list.

These four are partly translated. As an example, the Estonian version (in local language 'Eesti keel') contains the information in both languages English and Estonian. It also uses double language identification. Its URL looks like this www.visithelsinki.fi/en/eesti-....

They are using the URL address to indicate the double translation.

Such practices are rarely met. Sometimes it just means that the website still works on the translation, but hasn’t completed it yet. But sometimes a company might not have the ability to translate all of the website’s content due to the low budget or resources constraints.

Internationalization and localization of a multilingual website is a difficult process. Choosing a language/country selector type, trigger type, or its position on the page seems like easy and quick steps. In fact, there are many details to take into consideration. The report above proves it perfectly. Learn from the world’s leaders, follow their best practices, and don’t repeat their mistakes. 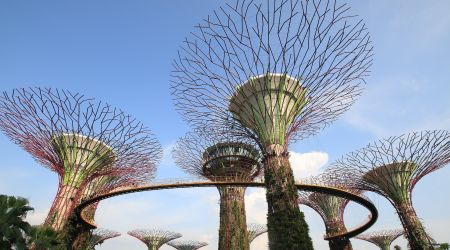 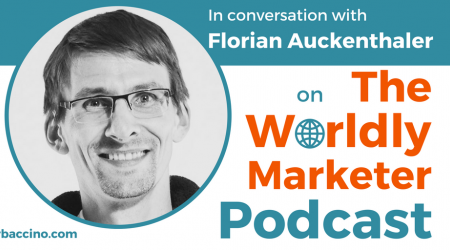