Digital marketing has opened doors to a global marketplace. We can now sell and buy from anyone in the world, but it requires the right kind of marketing strategy and channels in order to do so successfully.

Unfortunately, companies looking to expand their products or services overseas often forget to consider the cultural implications of their marketing strategies. In a world where something as simple as color can send the wrong message, it is crucial to fully understand the cultural idiosyncrasies of different people groups. Otherwise, your good intentions can be mistaken for cultural imperialism.

Why Do We Need to Understand Culture?

Without understanding culture, we would be lost. For example, consider how Japanese and German customers might interpret your website. Japanese culture praises indirect communication that requires someone to "read between the lines" and qualify their statements with caveats, while Germans are known to say what they mean in a very direct manner. To a Japanese individual, the German style of communication might appear brash or rude. However, to a German individual, the Japanese style of communication might appear to be passive or withdrawn. From communicating with potential business partners and clients to the specific language on your website, It is essential that language caters to your targeted audience.

In order to fully understand the cultures we work and interact with, we first need to understand the different ways to measure culture. Many researchers have proposed methodological studies that quantify and define culture. They believe that the better we become at measuring what exactly comprises culture, then the more equipped we will be to understand and deal with cultural differences in our daily lives. Here are a few of the top researchers and their ideas about culture.

Hofstede has long been considered the pioneer of cultural measurement and definitions. His research on culture was originally measured across four primary dimensions: Power Distance (PDI), Individualism (IDV), Masculinity (MAS), and Uncertainty Avoidance (UAI). Later, after studying the Chinese workplace, a Long-Term Orientations (LTO) dimension was added. Overall, the first four dimensions measure 46 countries, and the fifth dimension measures an additional 23, bringing the total of countries studied to 74. Each country is ranked for each dimension on a scale of 0 to 100. Country scores within the Hofstede model are drastically different. For example, on the PDI score, which measures the extent to which less powerful individuals accept the authority of higher individuals, Malaysia and Slovakia scored 100, meaning they are more accepting of authority and leadership inequality. On the other hand, Denmark scored 18, meaning it is less likely to accept leadership inequality.

The Hofstede model has been widely criticized as an over-generalization that does not take into account the various beliefs of individuals. While the Hofstede is still most widely used, others prefer the Global Leadership and Organizational Effectiveness (GLOBE) method, which is much more recent and expands on the original Hofstede cultural dimensions. The GLOBE method measures the following dimensions: Uncertainty Avoidance, Power Distance, Institutional Collectivism, In-Group Collectivism, Gender Egalitarianism, Assertiveness, Future orientation, Performance orientation, Humane Orientation. Like the Hofstede model, the GLOBE model measures Power Distance, but all GLOBE dimensions are measured on a scale of 1-7. Malaysia, which scores 5.17, and Denmark, which scores 3.89, have much more moderate scores compared to the polarizing scores of the Hofstede model.

Greenfield's theory about social change considers the cultural pathways to development and offers a much more simplistic view of culture. She posits that communities ultimately pursue one of two ideas: 1) Individualism and Independence or 2) Group Membership and Interdependence. Less developed societies are more likely to pursue the latter, but as societies develop, they are more likely to move toward the former. Historically, societies and cultures have moved from rural to urban settings, informal to formal education, agricultural and subsistence farming to industry, and low technology to high technology. The consequence of this shift is a subsequent shift toward individualism. Greenfield concludes that members of different socioeconomic classes within the same country will have vastly different cultural attitudes and beliefs. However, members of the same socioeconomic classes across different countries will have more similar values.

In 1997, management consultants Fons Trompenaars and Charles Hampden-Turner developed a qualitative model that suggested societies are comprised of Seven Dimensions of Culture. These seven dimensions are 1) Universalism versus Particularism, 2) Individualism versus Communitarianism, 3) Neutral versus Emotional, 4) Specific versus Diffuse, 5) Achievement versus Ascription, 6) Sequential versus Synchronous toward time, and 7) Internal Direction versus Outer Direction. Much like Greenfield's theory, Trompenaar and Hampden Turner's theory seems divided between less developed and more developed cultures. There are clear distinctions between the vastly different descriptions in each dimension. For example, Western Europe and the United States are more likely to be Universalist, meaning there is a high importance on laws and rules, while China and Latin America are more likely to be Particularistic cultures, meaning decisions are more fluid.

Israeli sociologist Shalom Schwartz developed a similar model by asking people around the world what values are most important to them. He gave them options between seven values: Harmony, Embeddedness, Hierarchy, Mastery, Affective Autonomy, Intellectual Autonomy, and Egalitarianism. Clear divisions between regions began to form. Western Europeans seemed to value Egalitarianism and Intellectual Autonomy, while Asian cultures seemed to value Embeddedness and Hierarchy more. Much like the previous two models, the Schwartz Cultural Model seems to follow a similar pattern.

Richard Lewis formed a much simpler model than the previously mentioned researchers. He divided the world's cultures into three succinct groups: The Linear-active group, the Reactive group, and the Multi-actives groups. The Linear-active groups are easily identified as English speaking North America, Europe, and Australia. These cultures talk a lot, do one thing at a time and follow procedures step by step, value truth before diplomacy, and are very job-oriented. The Reactive group consists of all Asian countries except for Asia. These cultures listen more than they talk, react to actions before proceeding with a task, look at the larger picture, value diplomacy over truth, and are very people-oriented. The mix of these two forms is the Multi-active group and comprises a wide range of cultures including South America, Sub-Saharan Africa, the Middle East, and Southern Europe. These groups talk more than they listen, multitask instead of following procedures step by step, view truth as flexible, and are people-oriented.

How to Apply these Methods to a Digital Marketing Strategy?

A simple American style marketing strategy might seem harmless and the most obvious way to move forward with expanding your brand or product, but if communicated incorrectly, it could send the message that American culture is superior to a foreign culture. Instead, use the models mentioned above to consider the cultural differences between Americans and the culture you are targeting, and bridge the gap by using smart marketing techniques. Here are a few quick tips you can follow when marketing to other cultures.

1) Formality and Directness: As previously mentioned, some cultures communicate in a more formal or informal and a more direct or indirect form than other cultures. Before you write your key messaging or web content, make sure you understand what style of communication works best for your intended audience.

2) Color and Aesthetics: In Japan, China, and parts of Sub-Saharan Africa, the color white resembles mourning, but in Western cultures, it resembles purity and innocence. If you are building a campaign around something lighthearted, consider using a different color. Take the time to research how your brand presentation might be interpreted in other cultures.

3) Enthusiasm: Is your tone upbeat and fun? Or is it matter-of-fact and more reserved? It matters. Most of the world outside of the United States will not appreciate nor understand the unexpected enthusiasm. Even Western European cultures, which tend to be similar to the United States, prefer more reserved and scientific tones of voice. However, this has begun to change with younger generations.

4) Relationship Building: If you are selling to individuals or hoping to gain partners in other cultures, it is essential that you have the right social etiquette. For example, in places like Africa or Latin America, it is considered rude if you do not follow certain social norms, such as greeting each person individually or asking about their personal lives.

Coca-Cola and Nike. Both took a powerful step when featuring local sports celebrities on their pages. During the FIFA World Cup, Coca-Cola featured local celebrities and cultural references on each international homepage of the company. After Euro 2016 Nike placed a photo of the team that won on the front page of many of its websites, but not for the French website. France was a runner-up of that year and a picture of the winning team wasn’t going to do well.

Also, Nike has a ‘co-creation platform’ where all their customers can design their own trainers. As a result, these trainers fit a particular style and culture of each buyer.

Starbucks has a similar approach. They have created an app with personalized perks. If you have a birthday it doesn’t matter what part of the world you are in, you still can get your free coffee. This makes them look caring. They also take into consideration taste preferences of their customers and offer specific items on their menu depending on the country.

Red Bull does a great job at making local web pages feel local. They are famous for hosting various extreme sports events all around the globe. So when you open a homepage of a particular country you will see pictures and articles about local events that are hosted in this country or close to it. As well as posts from or about local sports enthusiasts. They also add pictures, colors, and topics relevant to a certain country.

Canon puts great attention to visuals. Their local websites can differ greatly. Sometimes pretty cluttered such as the case for the Hong Kong version, and in other cases, they are pretty simple. This difference depends on the culture mentality. They use specialized professional translators to make sure their content is understood correctly by customers around the world.

Airbnb, in its turn, has a sophisticated translation management system (TMS). They localize their service offering to each countries transportation infrastructure as well as countries internet speeds.

KitKat became huge in Japan since they introduced unique flavors to the Japanese audience. Japan is famous for its unique tastes and foods. So KitKat introduced different flavors starting from green tea flavor and going as far as Toasted Soy Flour or Red Beak Soup. Also, the name KitKat reminds of the Japanese phrase "kitto katsu", meaning "You will surely win”, so the candy became very popular as a gift. And now KitKat, as a part of their marketing campaign in Japan, offers their customers to have candy elaborately gift-wrapped and have messages engraved right on the chocolate bars. KitKat became so big in Japan that they release 20 or so new flavors every year.

Understanding culture can make or break your brand. But with the right sensitivity and approach toward your targeted audience, you can build a successful global marketing strategy that transcends culture and reaches. 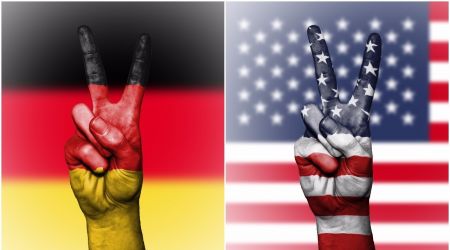 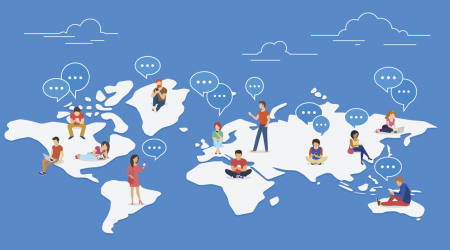 What Is a Multilingual Website and Why Your Business Needs One